Union Connectivity Review is an opportunity for renewed cooperation 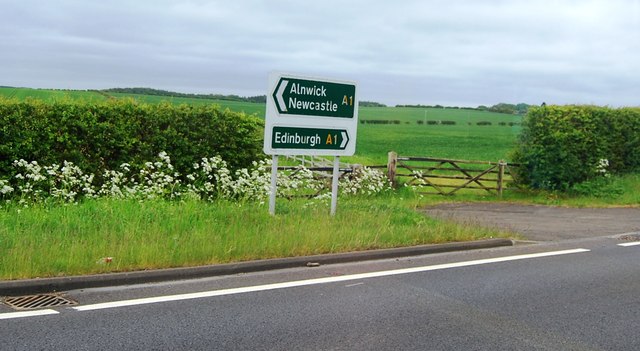 Union Connectivity Review is an opportunity for renewed cooperation

On 26 November, the day that Storm Arwen brought a rare red weather warning to the east coast of Scotland and north-east England, we were reminded in more ways than one how important connectivity between the nations of the UK is for business.

Midway through Sir Peter Hendy’s long-awaited Union Connectivity Review, published the same morning to much naysaying by the SNP, is a reminder that some 15% of all HGV traffic between Scotland and England uses the A1. However, as Sir Peter’s report puts it, “speed limitations for HGVs on this road significantly impact reliability and capacity” between Newcastle and Edinburgh, while the lack of dualling also “causes safety issues on this route.”

Clearly there is big scope for improvement, especially when storms like Arwen batter the east coast and make a normal road journey more perilous. However, Sir Peter finds that because of low traffic volumes a business case for an A1 upgrade, that considers the cost and benefits of dualling the entire route between Newcastle and Edinburgh, hasn’t been deemed worthwhile. Instead, we’ve had piecemeal assessments either side of the border. Neither community has been served well.

No longer should that be the case thanks to Sir Peter’s review. Granted, there has been a great deal of ‘I told you so’, particularly from Scottish nationalists on the Prime Minister’s favoured idea of a bridge or tunnel between Scotland and Northern Ireland, which is clearly a non-starter because of very high costs.

But the point the critics are wilfully missing is that at least the hard questions are now being asked in the first place. Transport connectivity within the Union is crucial to the lives and livelihoods of millions of people in all four UK nations and the demand for smooth travel connections is only growing. We’ve ignored these questions for too long, often simply because responsibility for them stops at border lines that few travellers really think about when crossing because of the UK’s single market arrangements.

Journey numbers are growing rapidly on key travel corridors and transport planning and investment needs to keep up. The East Coast Main Line, the busiest cross-border rail route between England and Scotland by rail, has seen passenger growth of 40% since 2008/9 – carrying over 20 million passengers a year. On the west coast, the Cairnryan to Belfast ferry crossing carries 1.3 million passengers each year, while the West Coast Main Line has seen passenger growth of over 100% in the last decade. That’s why Sir Peter’s key recommendation for a so-called ‘UKNET’ Strategic Transport Network for the whole United Kingdom should be welcomed as a means to support forward planning across these absolutely vital transport corridors.

This should help to facilitate some of the key ingredients for targeted investment, like the need for joined up transport data assessment. Indeed, the Review clearly identified the need for UK-wide data sharing to support improved transport planning and operations because apparently the Information gathered by the devolved administrations and transport operators isn’t readily accessible to the UK government. And if sharing such data and doing other things to coordinate unlocks additional strategic transport investment from the UK government to spend here in Scotland then businesses will welcome it.

The Scottish Government therefore needs to stop sitting on the side lines, refusing to engage with the review and its aftermath because it fears losing control over some areas of transport policy. Sir Peter’s review is crystal clear on the need for the UK government to work with each of the devolved administrations on a common agenda for targeted transport improvements. There is no threat to devolution here.

Neither is there any conceivable reason why the UK government should not be facilitating this strategic look at the needs of people in every corner of the Union. Scottish ministers are never slow to criticise Westminster when they judge that Scotland is being overlooked as a priority, so neither is there any reason why they should be sulking on the side lines rather than engaging in good faith on what comes next.

Businesses tell us time and again that such cooperation must be done far more readily if we are to secure Scotland’s share of the economic opportunities that can be achieved post-pandemic.

Image by N Chadwick is licensed under CC BY-SA 2.0