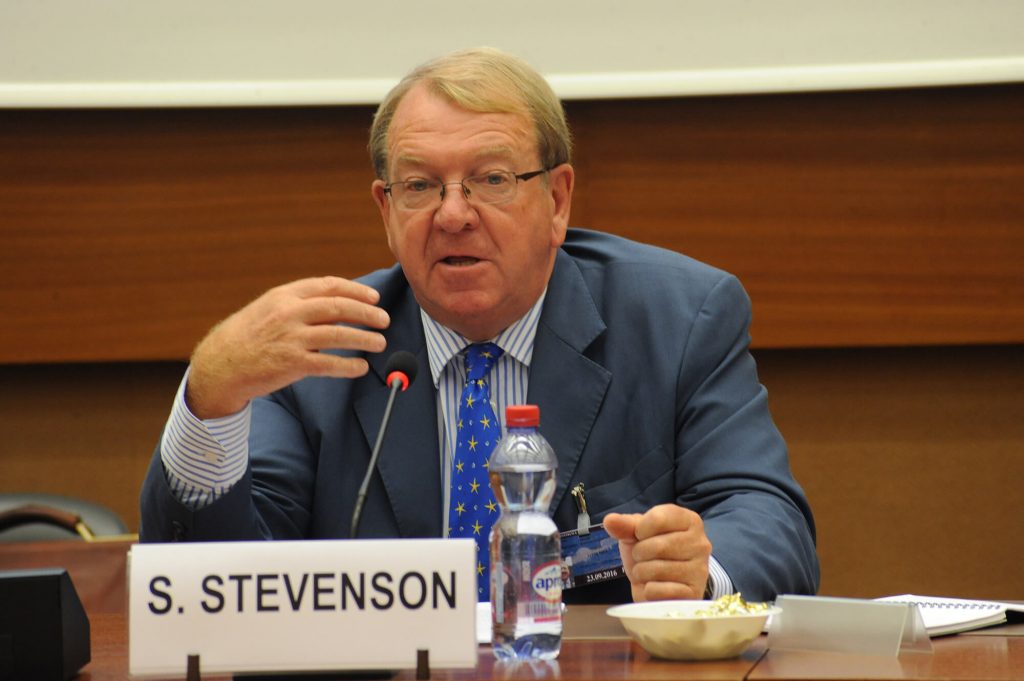 First Minister must rule out plans to split the UK and develop a “realistic business plan to reboot the Scottish economy and avoid a decade of lost potential”, says SBUK.

Scottish Business UK (SBUK), the apolitical organisation seeking to give Scottish businesses a voice in opposition to a second referendum on Scottish independence, has urged the First Minister to rule out plans to split up the UK and focus completely on economic recovery in the wake of the Covid-19 crisis.

Speaking ahead of the publication on Monday of a new report by the Scottish Government’s Advisory Group on Economic Recovery (AGER), SBUK’s Chief Executive Struan Stevenson called on Nicola Sturgeon to develop a “realistic business plan to reboot the Scottish economy and avoid a decade of lost potential”.

SBUK has also proposed the creation of a ‘New Deal’ between the governments of the UK and their respective business communities to place a moratorium on further constitutional upheaval in order to smooth the pathway toward economic recovery for all.

“I look forward to reading the AGER report but fear delivery of its proposals will be undermined by the inability of the First Minister and her government to listen to or accept the needs of business. Scotland faces an unprecedented triple whammy of barriers to recovery, including the effects of the coronavirus on companies’ ability to trade, the collapse in North Sea revenues and the risk of a further Brexit shock in the New Year. The last thing they need is the further threat of another independence referendum.

“Ms Sturgeon must have the courage to stand up to those in her own party demanding independence as a panacea for Scotland’s ills and rule out any moves to have a referendum in the near future. It’s crystal clear that the scale of access to Scottish businesses of vital furlough payments, grants and loans that have saved thousands of jobs, was only possible because of the pooling and sharing of resources facilitated by our place in the UK. Company leaders recognise this and it’s about time our political leaders stopped ignoring it.

“What’s needed now is a detailed, realistic business plan to reboot the Scottish economy and avoid a decade of lost potential. We also need a ‘New Deal’ between the Scottish Government, its UK counterparts and the business communities in each nation that puts on ice plans for any more constitutional upheaval that threatens recovery.”

“Today’s report will hopefully be a useful contribution and we will study its ideas closely. However what companies need most of all is certainty that the steps they take to get up and running again following lockdown won’t be wrong-footed by another campaign to break up the UK in 2021 or soon after.

“That’s why we need more than empty words and evasions from the First Minister on plans for a referendum. Her government must have a clear business plan that companies can get behind and it must use the tools at its disposal; not simply present a wish list of what it could do with more powers if it had them.

“Most of all, it must recognise that Scotland’s membership of the UK, and our access to Treasury business support packages, has spared the economy from the worst economic effects of the present crisis. Going forward we need the First Minister to work with her counterparts in the rest of the UK with a new spirit of cooperation. That will take goodwill and effort and it will also require a deal to be struck ruling out manoeuvring on the constitution for the time being.”

Scottish Business UK is an apolitical organisation seeking to give Scottish businesses a voice in opposition to a second referendum on Independence in Scotland.

Like-minded individuals and organisations who wish to remain as part of the United Kingdom, can sign up at www.Scottish-business.uk, a website designed to give business people across all sectors and geographies within Scotland, the opportunity to register their support for Scotland in opposition to a second referendum on independence.

There are over 400 signatories already supporting the cause and over the next few months, we are seeking to encourage more people to register their support.